North and South Wheatley is a village and civil parish in the English county of Nottinghamshire. The village also has a local Primary School with an outstanding OfSted, a parish church, a chapel, a play park, a village hall, a farm shop, a small village store and a post office.

Wheatley dates back to Romans times and before. The Roman Road from Lincoln crossing the River Trent at Littleborough came through Wheatley on its way to Doncaster. Roman coins have been found in the village. There is evidence of Roman soldiers being in Wheatley, as a Roman Centurion's tombstone was discovered under the foundation of the present church in North Wheatley Church tower when major restoration work was being carried out during the 1930's. Part of this tombstone is on display in the nave of the Church. This is the upper part of the stone which would have been at least two metres high with the inscription at the base.

Roman pottery was found at Wheatley Wood when excavations were carried out to create a large pond for irrigation purposes. A Roman fantail bow brooch with pin and catchplate were also found in South Wheatley, as well as coins and a love token in the chapel field. These items are now in the Bassetlaw Museum in Retford.

The Wheatleys agricultural background and activities from the early 1300s through to the present day are well documented in The Wheatley Local and Family History Group book 2nd book on the village entitled "The History & Stories of North & South Wheatley" written by Ann Smith. This along with the first book, Photographic Memories, is still available from the village shop in South Wheatley and from The Bookworm in Spa Lane, Retford. Both books are also available to order on-line – for more information please contact sales@wheatleyfhg.org.uk

'The Romans in Wheatley'

Most historians who have written about Roman Nottinghamshire have the view that they would have had little impact on the sparsely populated countryside, but as Wheatley sits on a Roman road there may have been a noticeable impact.

The Romans, within four years of their invasion in 43AD had 'fanned out' from their base in the south- east to complete the occupation of the island with the 9th legion established in Lincoln. They built a chain of fortified posts from Devon to Lincoln linked together by a road that has ever since been known as the Fosse.

There is no record of any opposition to these measures it can be assumed that the indigenous population accepted the Roman rule without a struggle.

As an occupying army the Romans built a national road system this enabled soldiers and goods to be moved quickly especially to and from their main centres. As mentioned earlier the village of Wheatley is on this road system, linking Lincoln to Doncaster and onwards to York. The roman road can be traced from Clayworth through North and South Wheatley to Sturton – le- Steeple and then to Littleborough where it crossed the River Trent and onwards to join another road at Scampton.

Along the road network the Romans built their settlements, usually a distance of 20 miles apart, the nearest known ones to us are north of Newark and Tuxford not forgetting the posting station at Littleborough. (see Segelocum page on the main Sturton Website.)

There are numerous theories about a Roman settlement in Wheatley, a possible roman villa on the playing field, but no hard evidence.

An 1899 map of Wheatley shows a Roman pitchment, situated on Low Street as the road forks into Top Street, the term pitchment can mean both a road and the floor area of a house, this could have been either, but more likely the road.

On a more positive note numerous coins and fragments of pottery from the Roman period have been found around Wheatley, mainly from Wheatley Grange and Wheatley Wood, this high point may have been the location for a 'look-out post.' The fragments of pottery are mainly Samian ware, a red glazed decorated ware imported by the Romans from northern France. Roman coins have been found on Chapel field, situated alongside the road.

The main piece of factual evidence is in Wheatley parish church, a large stone, weighing about ½ ton is the top portion of a carved memorial to a Roman centurion. It was discovered in 1928 with part of a human skeleton beneath the southeastern aspect of the church tower when work was being carried out to strengthen the tower foundations. How this large stone became part of the foundations of the parish church will never be known, perhaps there was a Roman temple on the sight prior to the church and as often happened stones were recycled and incorporated into other buildings.

Although there may not have been a Roman settlement in Wheatley the passing soldiers and personnel may have brought about an increase in the need for bakers, leather workers, metal workers and providing casual employment along the route, thus raising the village from subsistence level. The Romans brought stability to the countryside and protection to the inhabitants.

The spread of Christianity through the country was a slow process, and although there was a 'see' in York by 314, it is generally thought that Christianity gained followers from the humbler people in the towns and villages, it could be that the roots of Christianity in Wheatley may have been very early.

Snippets from the History of Wheatley

When the Romans left in 410 to defend their homeland, Britain was left defenceless, the Venerable Bede writes of this in AD731, 'Britain was stripped of its armed men, its military supplies and the whole flower of its active youth, who by the rashness of the dictators, had been led away never to return, lay wholly exposed to plunders and the more so because the people were utterly ignorant of the practice of warfare.'

The invasion began, from 'across the waters'

The Angles swept north across the east midlands from the Wash to the Humber, They probably paddled through many miles of swamp, which surrounded the lower reaches of the Trent until they reached habitable land. The invaders moved in small bands, each under its own chief or leader and terrorised the local population, may be Wheatley suffered in the hands of the Angles who took their cattle, food, leaving a trail of devastation and famine behind. In spite of this there was survival and it is at this time AD450-60 that this Midland area became known as Mercia.

The newcomers were a backward and impoverished people who continued to worship their pagan gods, the Britons appear to have made no serious effort to convert them to Christianity.

By the beginning of the 7th century the Angles were well established in Mercia and now had small kingdoms, which were jealously guarded. In about AD620 Bede on the east bank of the river Idle close to the point where the old Roman road from Lincoln to Doncaster crosses it describes a decisive battle. The outcome of this battle was that Edwin of Northumbria became king. Edwin although not a Christian was influenced by his Christian wife, allowed Paulinus who had been sent to England by Pope Gregory to England to settle in York and build a church. From this centre he began to evangelise the north and by 627 he had established another church at Lincoln.

Bede relates a story of interest given by an old man that 'he had been baptised at noon by Bishop Paulinus, in the presence of King Edwin together with a large crowd of people in the river Trent, near a city which the English call Tiowulffingacaestir (Littleborough) He also described the appearance of Paulinus: he was tall, with a slight stoop, black hair, a thin face, a slender aquiline nose, and at the same time he was most venerable and awe-inspiring in appearance'

Perhaps people from Wheatley were among those who were baptised.

For a brief period, the Christian light was dimmed, and Paulinus fled south, but spread again during the reign of Oswald when the Celtic missionaries from Lindisfarne brought the Gospel once again to Mercia. The Celtic Church had no connection with Canterbury; they looked to Lindisfarne as the ecclesiastical centre. But at the Synod of Whitby in 663 when the various differences between the Celtic and the Roman forms of Christianity were debated, the decision was in favour of Rome. The Celtic missionaries withdrew to Iona or Ireland, leaving the authority of Rome to spread. From Rome in 669 came Theodore of Tarsus, York was given a new bishop Ceadda (St Chad) who was also consecrated bishop of Mercia with his seat in Lichfield. Nottingham was included in this new diocese and it remained there for nearly 300 years.

Although little factual information is known of the next two centuries there we do know that bishops and his clergy travelled around the diocese preaching, converting and administering the sacraments. Wheatley may have benefited from this arrangement. 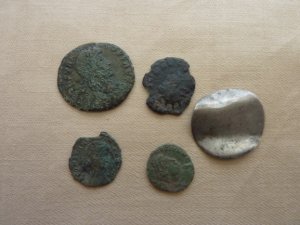 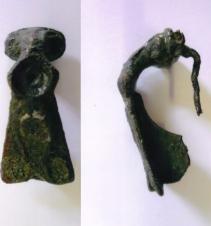 A short film on the history of West Burton

We have some very interesting local history this short film tells you about the lost village of West Burton.