North and South Wheatley Parish Council provides your local services. We strive to make North and South Wheatley a better place to live, work and play. Our website includes a wealth of information about how we conduct business and what we do. Use the search or browse the site to find whatever you are looking for. If you can't find the information you require then please contact us.

North and South Wheatley is a village and civil parish in the English county of Nottinghamshire. The village also has a local Primary School with an outstanding OfSted, a parish church, a chapel, a play park, a village hall, a farm shop, a butchers, a village store and a post office.

Wheatley dates back to Romans times and before. The Roman Road from Lincoln crossing the River Trent at Littleborough came through Wheatley on its way to Doncaster. Roman coins have been found in the village 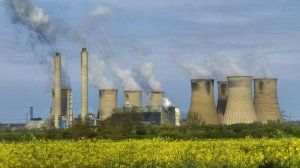 STEP (Spherical Tokomak for Energy Production) is an ambitious Government Led programme to design and construct a prototype fusion power plant. The first example of its kind in the world. Fusion power will provide a reliable and virtually limitless source of low carbon energy to meet expected increases in future energy demand.

Fusion power differs significantly from nuclear fission as it does not produce the same type of highly challenging wastes. The process is also safe. If any disturbance occurs, the plasma cools and within seconds the reaction stops. It's important to note that fusion energy will sit alongside renewable energy sources - such as wind and solar to create a diverse energy portfolio to serve the country's needs. More »

The process of building and operating the plant will be led by the UK Atomic Energy Authority (UKAEA). As a result, the UKAEA launched a nation-wide search to find a suitable site to build its new prototype STEP fusion power plant at the end of 2020. The UKAEA undertook detailed assessment work on the submitted bids with the West Burton site being included on the UKAEA long list of 15 sites. Following further assessment work, it was held as reserve site and subsequently included on the UKAEAs final shortlist.

The UKAEA made their final site recommendation to the Secretary of State for Business, Energy and Industrial Strategy over the summer of 2022. The decision to select West Burton as the home of STEP was formally announced by Jacob Reece-Mogg today 3rd October.

The decision to make West Burton the home of STEP will bring massive long term economic benefits not only to the local area but to the region as a whole. This will be in the construction of the power plant, research and development activities and the supply chain as a whole. Training opportunities in high skilled areas will also be significantly boosted.

Given the recent announcement, the timescales/process going forward is still being developed. However, it is important to note that the UKAEA are placing a great deal of importance on working with and consulting with the local communities. An initial public event will be taking place at West Burton power station on Thursday 6th October at a time that will be advertised in the next 24 hours. However further public events will be taking place over the coming weeks at a variety of locations across Bassetlaw. The purpose of these events will enable the UKAEA to introduce themselves and provide information to local communities.

The UKAEA will still be required to undertake detailed site assessment work and the preparation of a full planning application as a Nationally Significant Infrastructure Project along with gaining all the necessary consents prior to any construction work taking place on the site.

Councillor James Naish, Leader of Bassetlaw District Council, who lives in Sturton ward said "West Burton A will now play a vital role in the UK's transition to a greener, carbon neutral future. The project has strong local support and I particularly want to highlight the role of the West Burton Residents' Planning Group."

Bassetlaw MP Brendan Clarke-Smith described the project as world-leading and said it will bring billions of pounds to the local economy. He added: "This also continues the long and proud tradition we have here in Bassetlaw with energy production." » Less

You can now report crime online to Notts Police.